ALT and ABAKIR signed a Letter of Understanding which defines areas of cooperation and responsibilities of the parties. 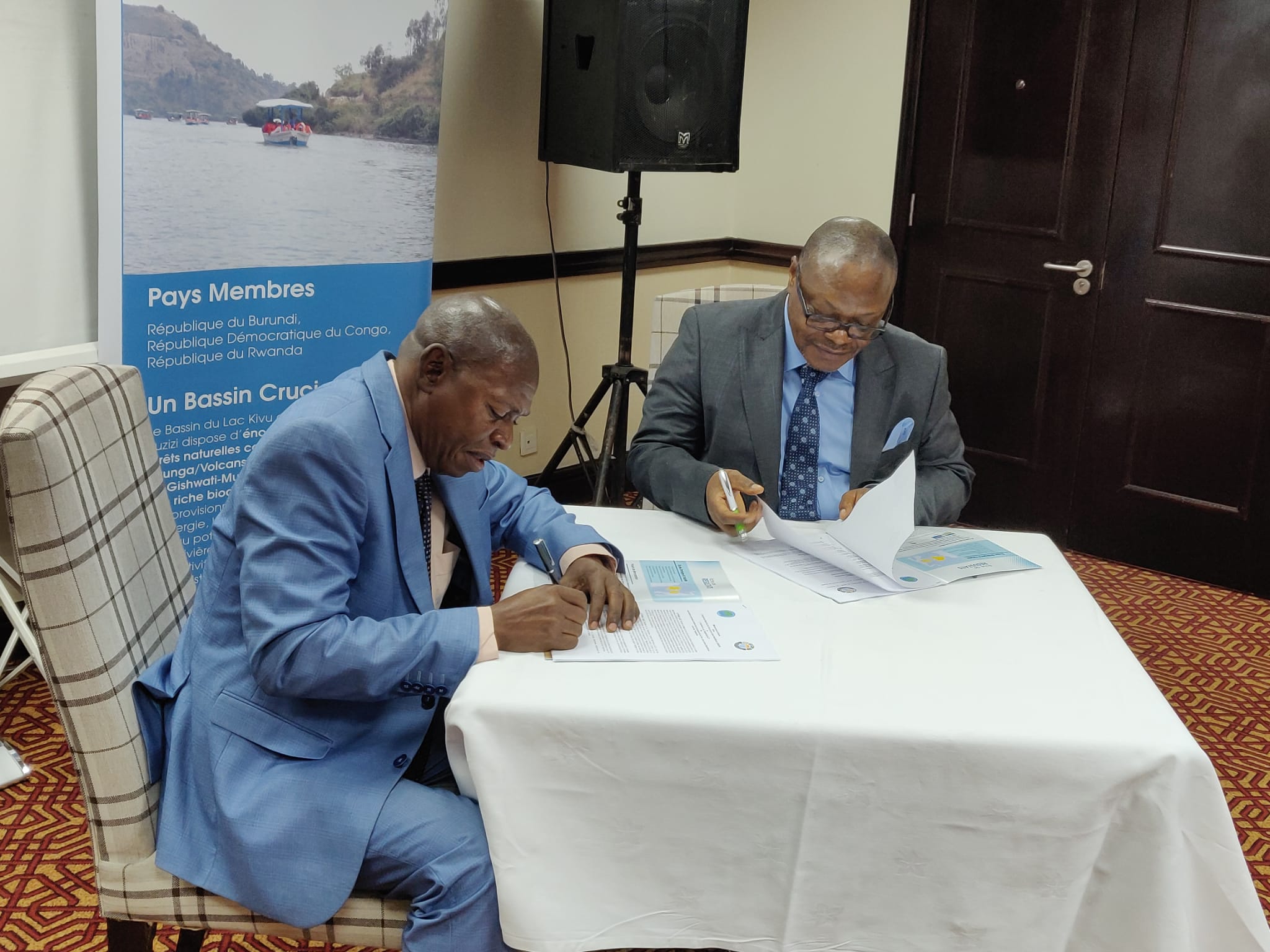 Two Basin Authorities are active in this area: the Lake Tanganyika Authority (ALT) and the Lake Kivu and Rusizi River Authority (ABAKIR). In their respective areas of action, their mission is to manage and preserve the natural resources and their uses in this common geographical unit. To this end, ALT and ABAKIR each have a strategic action plan, the implementation of which is supported by various donors such as the EU and the BWZ.

The intervention logics of the projects are linked to geography and hydrology but must aim at complementarity and efficiency based on joint coordination, data exchange, and partnerships between ALT and ABAKIR.

Under the patronage of the EU and in the framework of the EU/GIZ Project Closing Workshop, ALT and ABAKIR signed a Letter of Understanding (LoU) on 30 September 2022 in Rubavu, Rwanda, which defines the areas of cooperation and responsibilities of the parties.

This is an essential step towards active coordination and cooperation between the two basin authorities and integrating strategic action plans for Integrated Water Resources Management in this unique geographical unit.