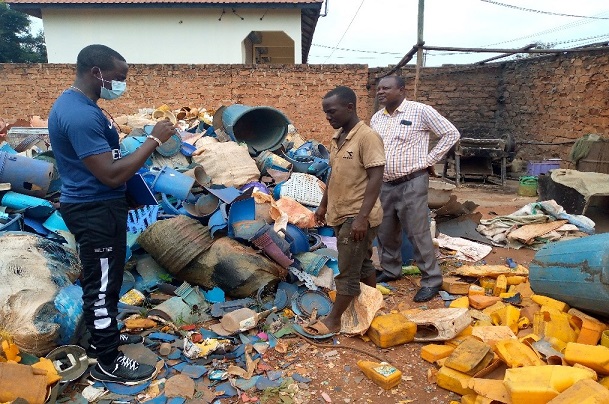 Even though all the governments sharing the Lake Tanganyika basin have adopted legislation prohibiting the production, import and trade of bags and other plastic packaging and the disposal of plastic waste (in Tanzania), the management and mitigation of plastic pollution are significant challenge.

The LATAWAMA project, funded by the European Union and implemented by Enabel, the Belgian Development Agency alongside the Lake Tanganyika Authority, is aware that to mitigate plastic pollution in the Lake Tanganyika basin, there will be no “one fix it all solution”.

However, the strategy to be deployed must be based on the circular economy’s spirit and principles and local communities participation.

In this context, the projet carried out a fact-finding mission in Dar Es Salam and held working sessions with the Tanzanian Recycling Association. Other recycling companies such as The Recyclers, EcoAct Green life, and EMA recycling have been consulted to learn from their experiences in recovering and recycling plastic waste, emphasizing decent job creation in underprivileged communities.

The Latawama project will support the organization and build technical capacities and promote access to plastic upgrading technologies for operators and communities. The circular economy’s development can support the preservation of the environnement and the coastline cities of Lake Tanganyika from plastic pollution.

Primarily, in the city of Kigoma in Tanzania, a first community-based company active in the recovery and primary recycling (crunching) of plastic waste will benefit from technical support consisting of a modern crunching machine with a capacity to process at least 5 tons of plastic waste of all kinds per day as well as storage and transport equipment. The project will deliver specific training to the various aggregators to optimize their buy-back centres and the various drop-off centres.

Such activities shall also be implemented in Mpulungu and Uvira.